An afternoon with Rajan and Queelan in London


Amigos para Siempre – friends for life. How very true. Since Sarah Brightman and Jose Carreras sang this at the closing ceremony of the Barcelona Olympics its haunting melody and the poignant lyrics has stayed with us forever. None of us can imagine a life without friends and friendships. It is human nature to want to meet to reminisce, to recall and to share our thoughts. Our gathering today bears testimony to that special closeness and bond that began way back in 1962. Although Faculty life was tough we had that youthful resilience. None of us were scarred by the place despite the torrents of ‘verbal abuse’. Even at the worst of times, there was a bit of sparkle. There are so many fond memories which we have archived forever.

Since those days our lives have diverged beyond belief. In my long winding journey through life, I have seen the forking paths. I made my own choices. You may think you can make your own luck, but you can’t. I just call it destiny for want of a better word. Perhaps our moral compass is struggling to keep pace with science!! Thankfully life has turned out well for all who have gathered here to recount and reminisce.

We started in the quiet upholstered comfort of Satay House at Paddington, a veritable magnet for Asian foodies. There was a characteristic disregard for decorum as we arrived in our civvies. After the shocking weather we’ve had recently, there was some respite. The sun shone brightly despite a cold north wind.

After the hugs, we sat down to the real business of a chat and lunch. Patas’s wife Queelan, is a lovely Malaysian girl who joined in our light-hearted banter despite our constant drift into those raucous times at the faculty. Soon it became a lively, happy and noisy chat. Each of us delved deep into the archives of our memory for those enthralling stories of old. There is never an end to the anecdotes that emerge. I saw RajanRatnesar last in the posh lobby of the Cinnamon Grand in August 2012. PriyaGuneratne whisked him away for afternoon tea. They both pleaded with me to join them, but alas! I had another engagement.  I remember Patas from the faculty days for his wit and humour and for his dignity and decency. It was lovely to see Joe and Zita. They arrived as usual like Royalty in a plush chauffeur driven limousine all the way from Southend-On-Sea. Joe is one of life’s gentlemen, kind, considerate and fun to be with. Zita is a live wire and ever-present at our gatherings. As always, she is wonderful company. Mahen and Patas are the instigators of this precious meeting. Mahen doesn’t look a day older than when I saw him walk into the Anatomy dissecting rooms in 1962. He is a tremendous supporter of our batch events and blog.

Now we had an expert in Queelan for guidance in selecting our Malaysian meal. The food was glorious. The starters were as sumptuous and filling as the mains. Singapore noodles, KwayTeowGoreng and MeeGoreng delighted our taste buds as did the Roti Chennai. Patas requested the extra fire-power of Chinese chilly-sauce which is truly a winner, every time. Interestingly booze that was an integral part of our social lives in our youth never was needed nor was it considered. How times have changed!!

This was a brief encounter. Time did fly. Meetings like this are just the tonic to overcome the transience of life. The world is never still and our lives are a series of beginnings and endings. The photo-call ushered in the beginning of the end. Unlike in the old days, no one bothered to adjust the hair or dress, for the photos. As Shakespeare said in Romeo and Juliet, ‘parting is such sweet sorrow’. ‘Sweet’ because it makes us think of the next time we will see each other. We all had arrangements for the afternoon and parted company with the usual promise to keep in touch. Although Doris Day sang it way back in 1956, those poignant lyrics still ring true:
"Que sera, sera,
Whatever will be, will be;
The future's not ours to see.
Que sera, sera. 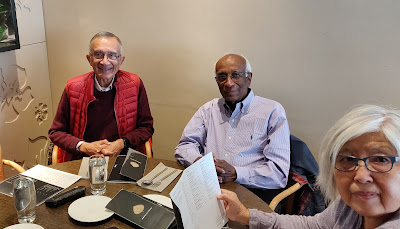 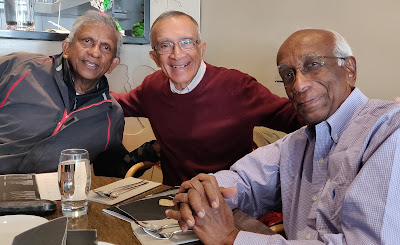 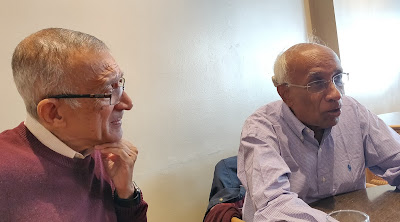 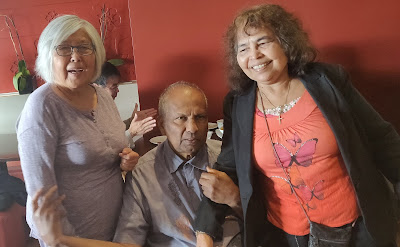 Email ThisBlogThis!Share to TwitterShare to FacebookShare to Pinterest
Labels: Reunions

The answer: It's an Orchid.

This is an ORCHID, and unusual for its class as a climber. Most orchids we see are not climbers. The flower becomes a POD , the famous VANILLA BEAN. Vanilla is as expensive as silver these days and the best comes from north eastern Madagascar. The demand for vanilla is so high (most of it used in vanilla ice cream) that  it has led to a lot of criminal activity in Madagascar such as theft etc. 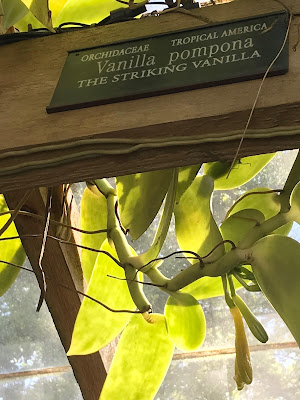 Pram is in NY these days. She met with Indra Anandasabapathy who is in Staten Island. Indra has sent me a few pictures. 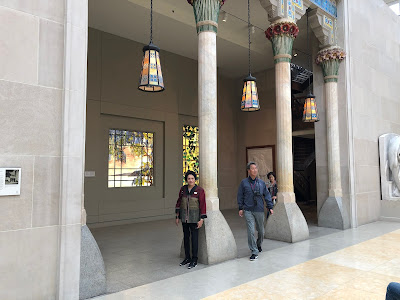 Pramilla at the Metropolitan Museum of Art. She is front of the columns and lamps from Louis Comfort Tiffany's home, in Long island, NY. The columns were moved to the Met. after the Laurelton home fire. 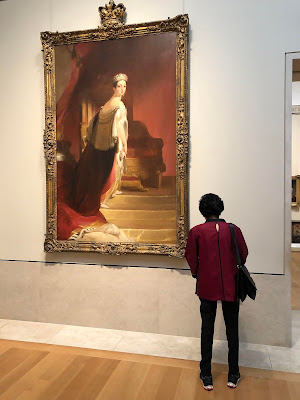 Pram in front of American painter Thomas Sully's painting of queen Victoria ascending the throne. (Metropolitan Museum of Art, NY) The painting is in oil on canvas. 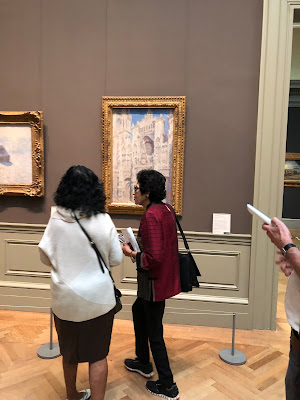 Pram at the Met. Monets Rouen Cathedral is hanging on the wall. 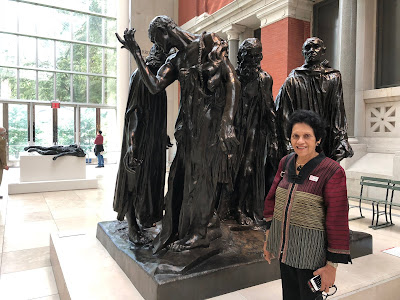 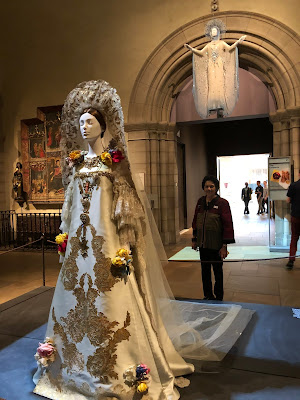 The church's influence on FASHIONS

Email ThisBlogThis!Share to TwitterShare to FacebookShare to Pinterest
Labels: Travel


Can any viewer identify this?

Correct answer will be given in a week's time. Be on the lookout like last time. 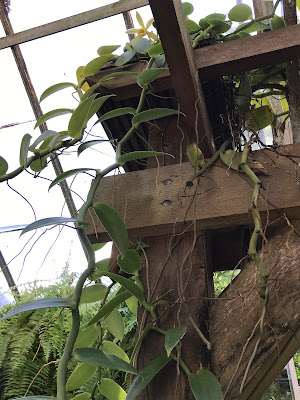 In case you have not seen this.

The pictures here begin with Colombo , move south to Galle, north to the high country, farther north to Kandy and its environs, and farther north still to the country's great archaeological sites.
For more on the status of highland paddy, see Continuity and Change in the Paddy Lands of the Kandy District. 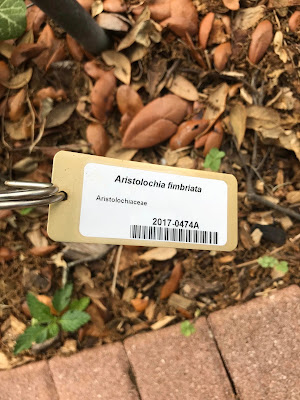 Indra had known the name already having looked up and learnt about in High School (Botany) - a subject for which he has had a partiality and something that came very easily. He had seen it long before High School while attending a school at Arethusa Lane in Wellawatte as a tiny tot.
Posted by Lucky Abey at 2:30 AM 2 comments: Email ThisBlogThis!Share to TwitterShare to FacebookShare to Pinterest
Labels: Sports

Can any viewer identify this flower? Indra himself had come across it after many years (last seen it in childhood in Wellawatte, while going to Arethusa school as a tot).

Correct answer will be given in a week's time. Be on the lookout like last time. No prizes are on offer, but please give it a try. 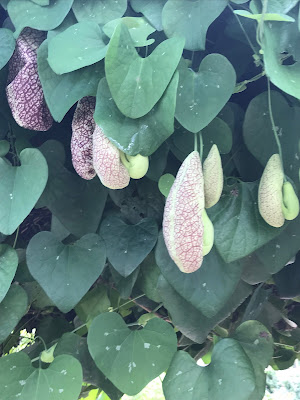 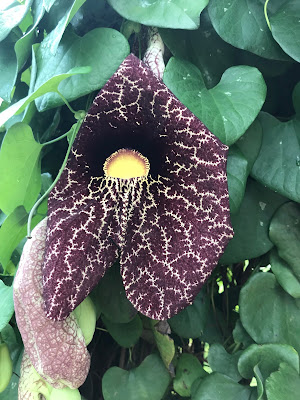 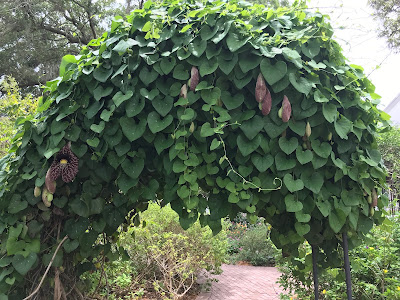 The annual CoMSAA Get-together was held at the Vivanta Taj Bentota last weekend. Only Sanath Lama, Pram and myself from our batch attended. A few selected pictures appear below.

Mahendra (Speedy) Gonsalkorale has sent in this short but sweet illustrated poem. 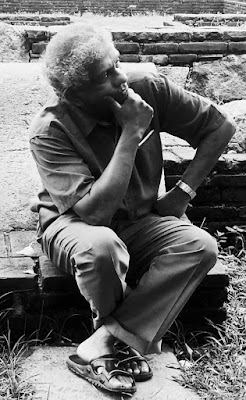 “I” am encased in a prism
Being observed from every facet
What is observed is not absolute
Just a complex interpretation
Of sensory interactions
Between the observers and “I”
Changing every moment
And every moment is a multiplicity
Of moments experienced
By those who “see” me.