One of the very few of our teachers who are still living had passed away on June 10th.

BASNAYAKE - VALENTINE - Age 89. Professor Emeritus of Physiology, University of Peradeniya and accomplished Classical Pianist. Founder, Physiological Society of Sri Lanka. Passed away on June 10, 2014 in Colombo. The remains were cremated soon after and his ashes scattered in the ocean based on his wishes. Professor Basnayake is the proud husband of Dr. Mrs. Stella Meriam Collinette Basnayake nee Henry, son of Arthur Valentine (pre deceased) and Elsie (pre deceased) of Nugegoda. Beloved father of Nihal (Deborah Smith), Amal and Lilani (Lal Nugaliyadda). He is the proud grandfather of Danica and Laura Smith (Canada) and Ayushka Nugaliyadda (Sri Lanka), brother of Arthur, Sita Yapa (pre-deceased), Kamala Gunasekera, Mahinda, Malini Wijesinghe, Prema and Rohan. A Memorial Service will be held mid-to-late August, details forthcoming. Our family would very much like to hear your personal anecdote of Valentine at the following website: memorialwebsites.legacy.com/ValentineBasnayake. 107388
Posted by Lucky Abey at 8:10 PM 3 comments:

Email ThisBlogThis!Share to TwitterShare to FacebookShare to Pinterest
Labels: Obituaries/Appreciations (other)

Our dear friend Lucien Perera has passed away. Funeral will take place at the Mount Lavinia Cemetery at 5.00 pm on Monday (June 16th). Cortege will leave 174/1, Hospital Road, Kalubowila at 4.15 pm.

Lucian was ailing for some time with kidney failure and was on dialysis three days a week. Fortunately for him, one of his former House Officers who is now the Nephrologist at Maligakanda Hospital was able to do the needful free of charge in his Unit at the hospital. The last time I met him was about a month ago when Jayaratnam (from UK) was on holiday here. This picture was taken on that occasion. 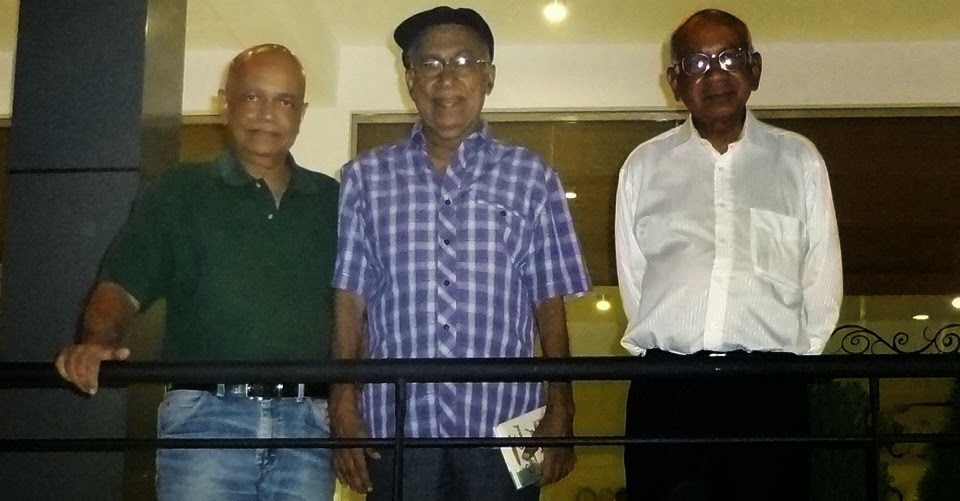 I also wish to insert a few other pictures taken in happier times. Lucien attended our 50th Anniversary Reunion at Chaya Tranz in Hikkaduwa in 2012.
Planning Committee of which Lucien was a member. 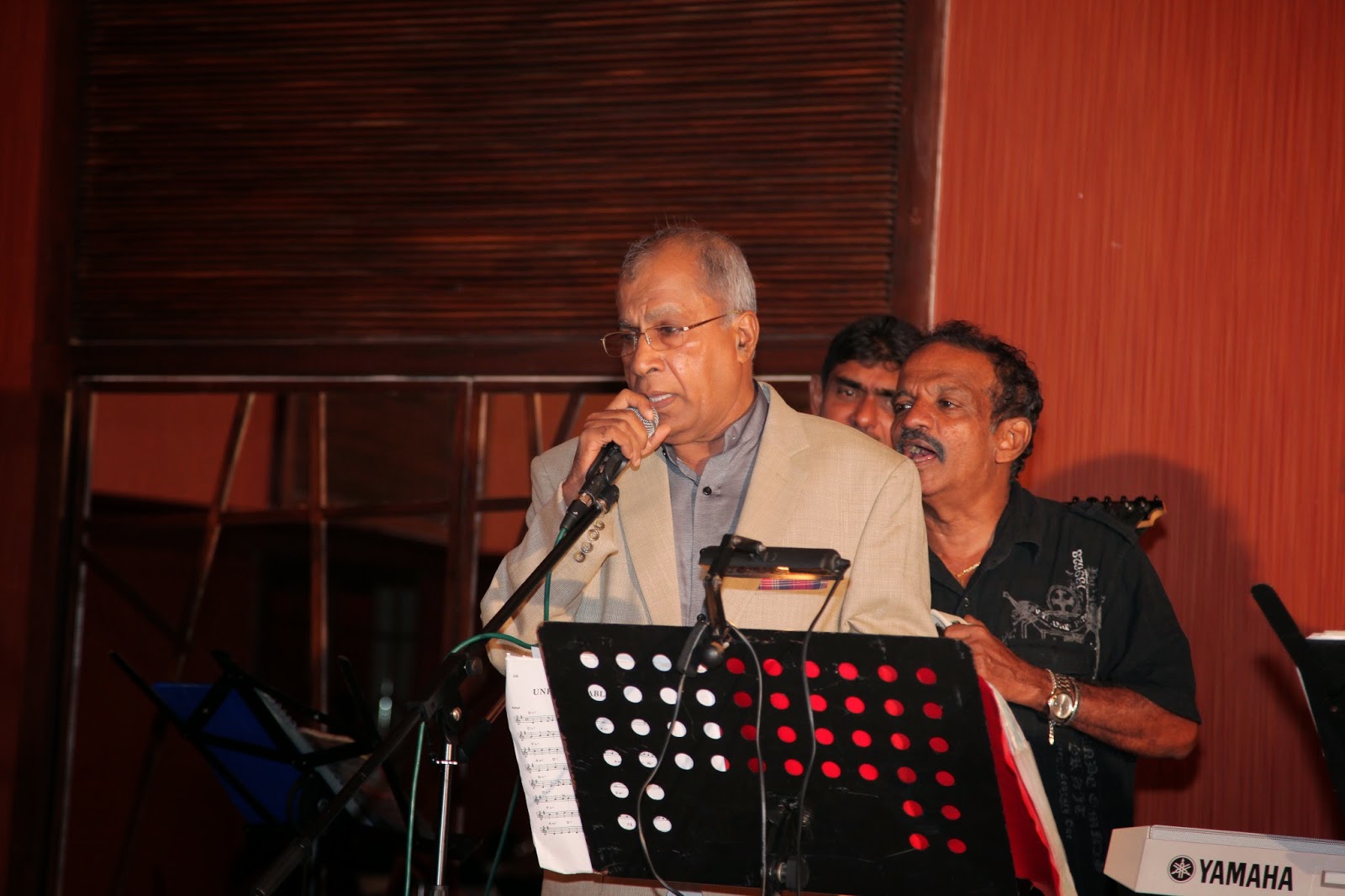 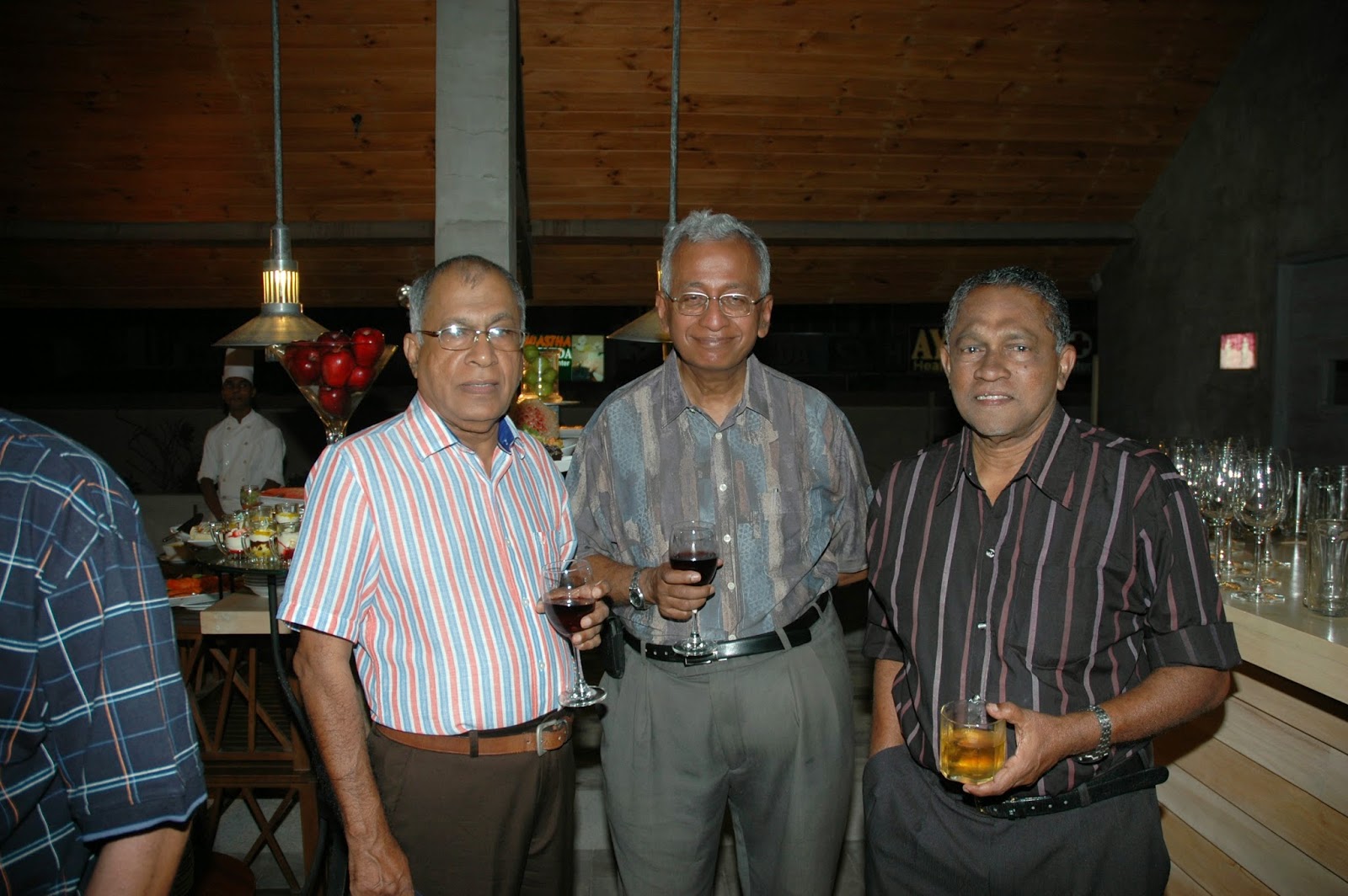 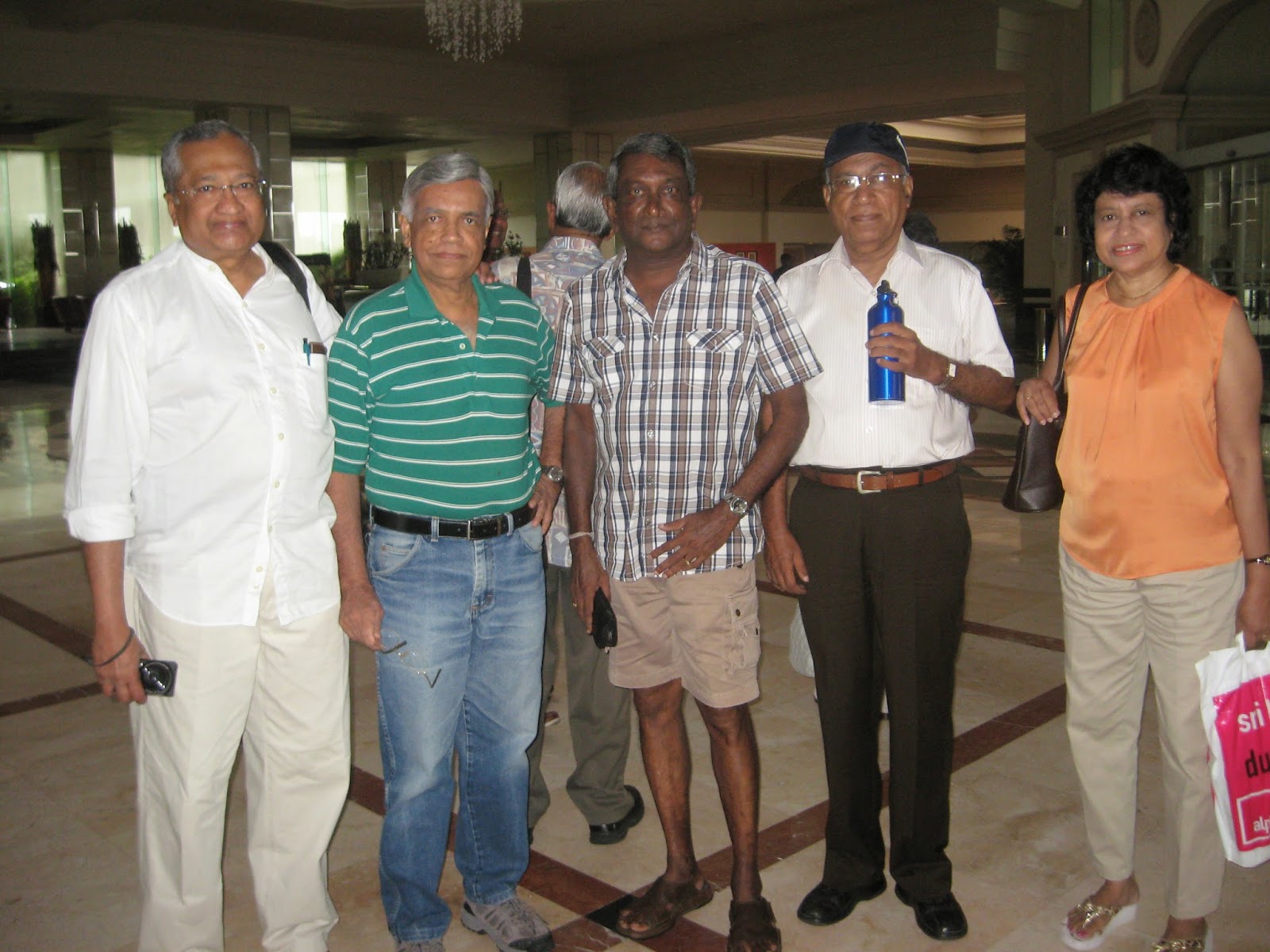 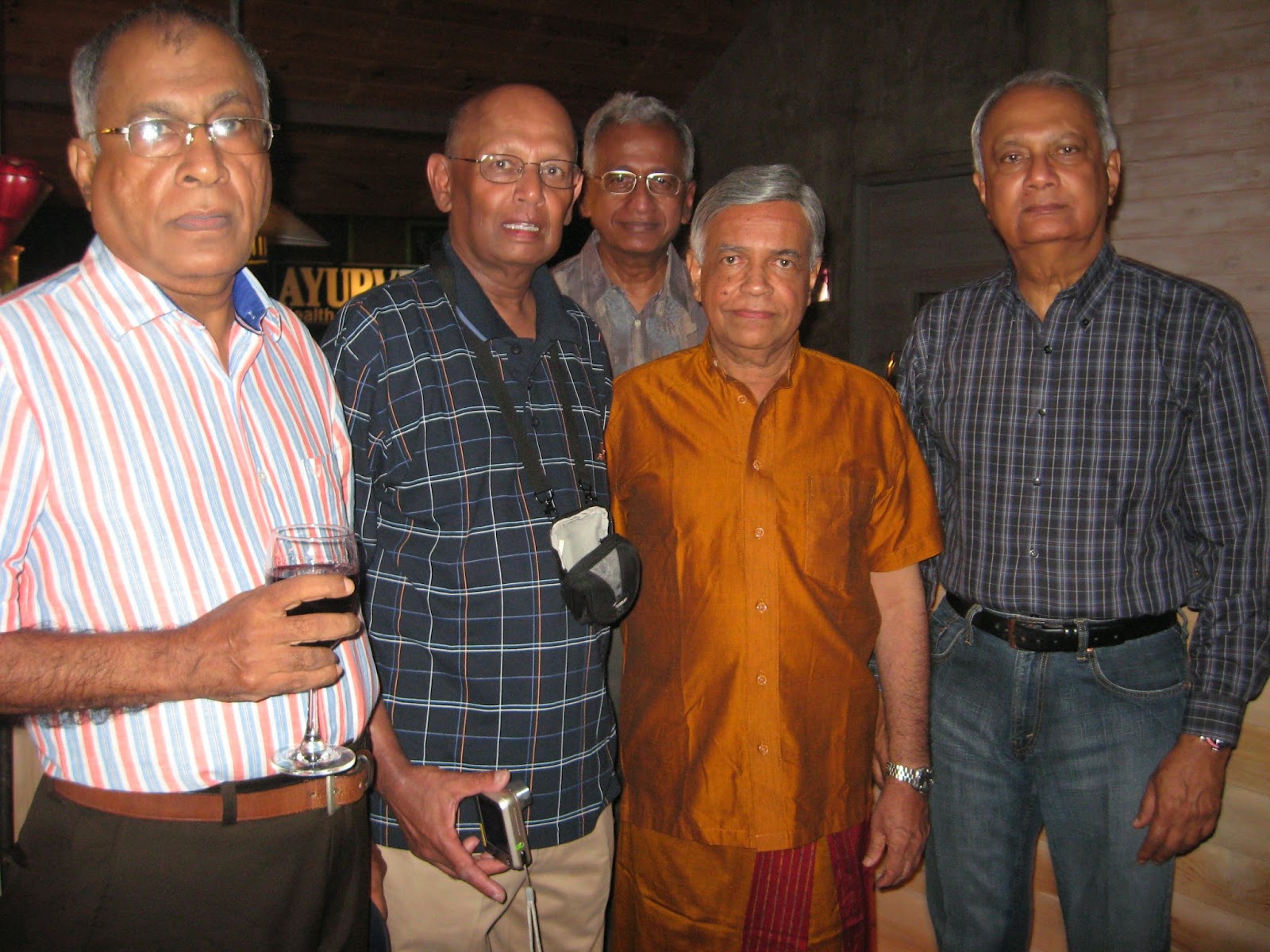 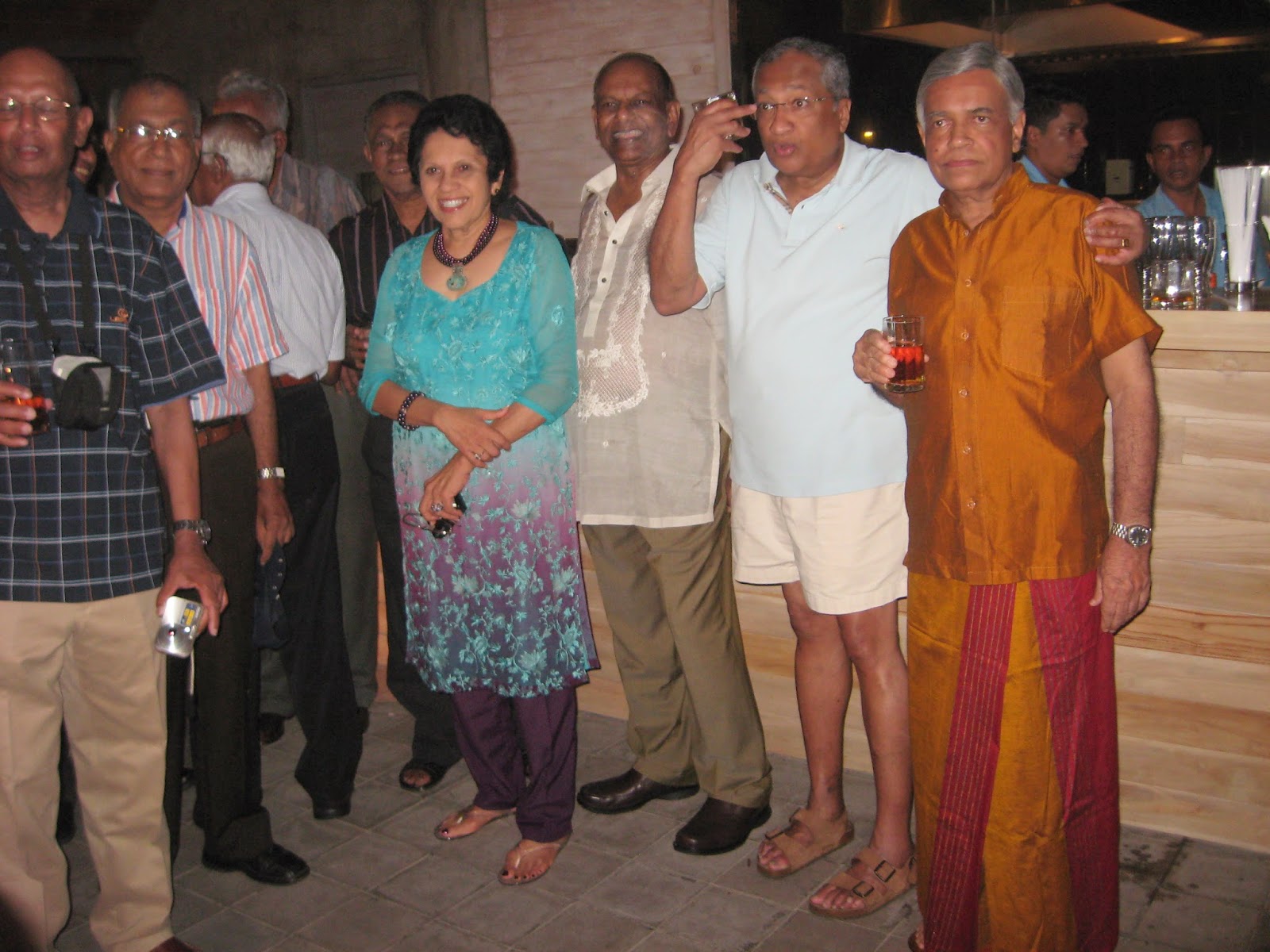 I am sure some of you knew Walter Patrick who had graduated from the Colombo Medical Faculty in August, 1962.
Prof. Walter K. Patrick passed away suddenly in Antonio, Texas on May 22nd.

Walter Patrick was undoubtedly a leader in Public Health/Community Medicine in Sri Lanka and elsewhere in the world. Before emigrating to the US, Walter was attached to the Health Education Bureau of the Ministry of Health where he rendered yeoman service from 1975 to 1983 as a Health Education Specialist.
Our colleague and Walter's cousin Cyril Ernest had sent me the following links which will give an insight into Walter's achievements.
http://blog.hawaii.edu/uhmednow/2014/05/30/remembering-walter-patrick-altruisms-passionate-advocate/