NOSTALGIA: When Ceylon ruled the airwaves 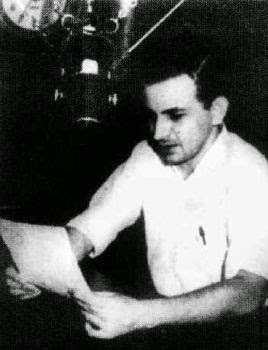 IT is Christmas time and Jim Reeves is on air, taking Sri Lanka back to its days of romance and charm. "You are listening to Sri Lanka Broadcasting Corporation and we've got more Christmas music going out for you. Hope you are tuned in to us," trills the friendly announcer. Another glorious old number "When A Child Is Born" floats across the skies. Requests pour in from all over the country and the programme continues to enthral those tuned in.
When Sri Lanka Broadcasting Corporation (as Radio Ceylon is now called) celebrated its 80th birthday on December 16, it was, sadly, a pale shadow of its past. Once the pride of the region's airwaves, it is today relegated to fading memories and confined to chapters of an era of broadcasting élan.
High quality

For Indian radio enthusiasts of decades gone by, it was Radio Ceylon that set the standards. Those were days before commercial broadcasts commenced in India and taking a break from the monotonous, though informative, broadcasts of All India Radio (AIR) meant twirling those vintage radios to trap Radio Ceylon's programmes. Once tuned in, the listener was treated not just to music of the highest quality. The magnetic voices of broadcasters, Jimmy Barucha (English), Ameen Sayani (Hindi) and Mayilvaganam (Tamil), to mention just three, ensnared the listeners, taking Radio Ceylon to the top slot in the region's radio network.
The history of broadcasting, published in Wikipedia, notes that gramophone music was broadcast from a tiny room in Colombo's Central Telegraph Office with the aid of a transmitted built by Telegraph Department engineers from the radio equipment from a captured German submarine.
The beginnings

This metamorphosed into South Asia's first radio broadcasting station, which was inaugurated on December 16, 1925. The real catalyst was to come later, with the shifting of Radio SEAC (South East Asia Command) to Ceylon in 1949. Radio SEAC, was established during World War II for the British servicemen. Radio Ceylon, as it was called from 1949 became a public broadcasting corporation in 1967. Ceylon Broadcasting Corporation became Sri Lanka Broadcasting Corporation in 1972 when the island-nation changed its name.
"Sri Lanka was fortunate that Radio SEAC was established to entertain and inform the troops," recalls Eric Fernando, former Director General, SLBC. "Geographically Sri Lanka was the ideal location because the (transmission) reach could be all over the region, and at the end of the War, we inherited it."
Radio Ceylon, through its music programmes, carved a niche for itself among the region's broadcasters. Its base of Indian listeners was huge between the 1950s and the 1970s. "We were popular in India because we had a steady supply of English music," Fernando, who started his career as a broadcaster at SLBC in the mid 1970s said.
For Indians of the radio generation, Radio Ceylon was the first introduction to paradise-island and to the world of music. "I first heard The Beatles over Radio Ceylon. We grew up listening to songs over Radio Ceylon. It was part of my growing up," remembers Nirupama Rao, the Indian High Commissioner to Sri Lanka.
In addition to its well-structured English music programmes, Sayani's "Binaca Geetmala", revolutionised radio presentation. Having elevated broadcasting to a fine art in the region, Sayani remains etched in the minds of many. Mayilvaganam's silken voice, with his singsong Jaffna Tamil diction, captivated the ears of Indian listeners. Between them Barucha, Sayani and Mayilvaganam opened up the listeners' sensitivities to the finer elements that transcended mundane facts.
However, there has been a dip in the number of Indian listeners over the years. With Vividh Bharathi — AIR's commercial services section — Radio Ceylon's hold was diluted. The cassette revolution, which made music more affordable, the advent of TV, private radio stations and FM broadcasts were other developments. Slowly, but certainly, Radio Ceylon was pushed to the pages of history.
Along the corridors of the SLBC's headquarters, this history remains frozen. Elegant old studios retain their stately charm, complete with original BBC microphones. Groups of musicians and radio-drama artistes continue to use the studios to churn out programmes. However, somewhere, something is missing.
Simply put, SLBC lagged behind the times.
SLBC should leverage its past and harness itself to the current developments in radio broadcasting. SLBC's most unique attribute is its archives — home to more than 1,00,000 original records, comprising Sinhalese, Tamil, English and Hindi music. Sunil Shantha Perera, the new Chairman of SLBC plans to digitise the collection and share them with the National Archives. In addition, the originals with the National Archives are to be shared with SLBC. This digitally reformatted music, Fernando points out, could form the basis for a unique programme that will capture the past and lure audiences back.
Future plans

Plans are also on to offer more programmes on the Internet. Presently the Sinhala and Tamil National services and City FM are available on the Internet (www.slbc.lk) . An improved English content is also on the cards. The SLBC has collaborated with the BBC to share its programmes for six hours every day. Now a new English channel is being planned. "A national radio must have a national English channel," emphasises Perera.
The abolition of licenses for radio sets in the late 1990s had also punctured its revenues. However, deals with the internationally reputed radio stations such as NHK of Japan and DW of Germany have helped bolster its finances.
SLBC officials are emphatic that "radio is still popular", and point to the increasing "car-radio segment". However, for SLBC to regain its lost slot as the premier broadcaster, the most critical element is fresh thinking, coupled with leveraging its inherent strengths of the past. For, its success will depend on increasing the number of listeners who willingly tune in to that catchy line: "you are listening to Sri Lanka Broadcasting Corporation".
Also see: (http://en.wikipedia.org/wiki/History_of_broadcasting#Sri_Lanka)
Courtesy: The Hindu
Posted by Lucky Abey at 8:19 PM

Email ThisBlogThis!Share to TwitterShare to FacebookShare to Pinterest
Labels: Broadcasting