I wonder how many of you are followers of Fazli Sameer's very informative blog. I came across it by chance when he had picked up my old article on Manning Town from a national newspaper. I later heard that Fazli is an old Royalist who now lives in Riyadh. I wonder whether Speedy knew him. Apparently, he is much younger than us.

Having read comments made by Speedy and ND after I posted an article taken from Fazli 's blog about old Radio Ceylon and Jimmy Barucha, I thought of posting the following piece on bandleader Harold Seneviratne too. In case any of you are interested in reading more of Fazli's postings, here is the link: http://kermeey.blogspot.com 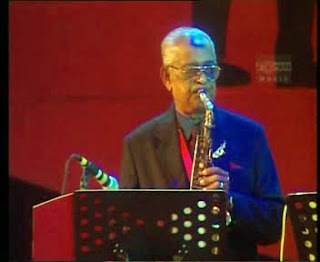 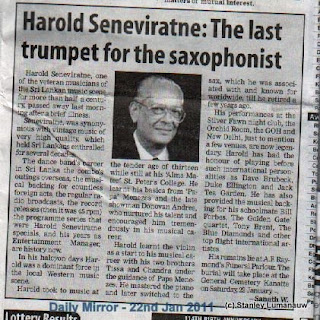 A great Sri Lankan musician who entertained us all since the 1960's. May he rest in Peace

The last trumpet for the saxophonist Harold Seneviratne, one. of the veteran musicians of the Sri Lankan music scene for more than half a century. passed away last morning after a brief illness-Seneviratne, 21-1-2011 was synonymous, with vintage music of very high quality which held Sri Lankans enthralled for several decades.The dance band's career in Sri Lanka the combo's outings overseas. the musical backing for countless foreign acts, the regular radio broadcasts, the record releases (then it was 45 rpm) the programmed series that were Harold Seneviratne specials. and his years as Entertainment Manager. are history now In his halcyon days Harold was a dominant force in the local Western music scene.Harold took to music at the tender age of thirteen while still at his 'Alma mater' St. Peters College He learnt his basics from *Papa' Menezes and the late showman Donovan Andree, who nurtured his talent and encouraged him tremendously in his musical career.
Harold learnt the violin as a start to his musical career with his two brothers Tissa and Chandra under the guidance of Papa menezes. He mastered the piano and later switched to the sax, which he was associated with and known for worldwide, till he retired a few years ago.

His performances at the Silver Fawn night club. the Orchid Room. the GOB and New Delhi, just to mention a few venues, are now legendary: Harold has had the honour of playing before such international personalities as Dave Brubeck• Duke Ellington and Jack Tea Garden. He has also provided the musical backing for his schoolmate Bill Forbes Cliff Foenander Malcolm De Kauwe. The Golden Gale' quartet, Tony Brent. The Blue Diamonds and other top flight international artists.His remains he at AE Raymond's Funeral Parlour The burial will take place at the General Cemetery Kanatte on Saturday: 22 January.

May he rest in Peace!

More pics of Harold from those memorable days 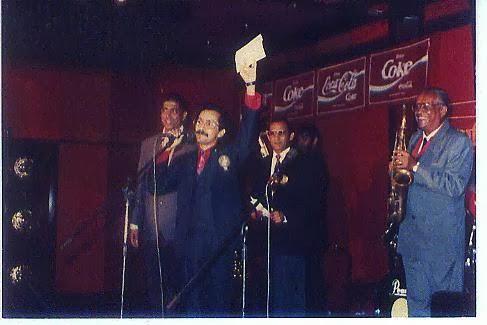 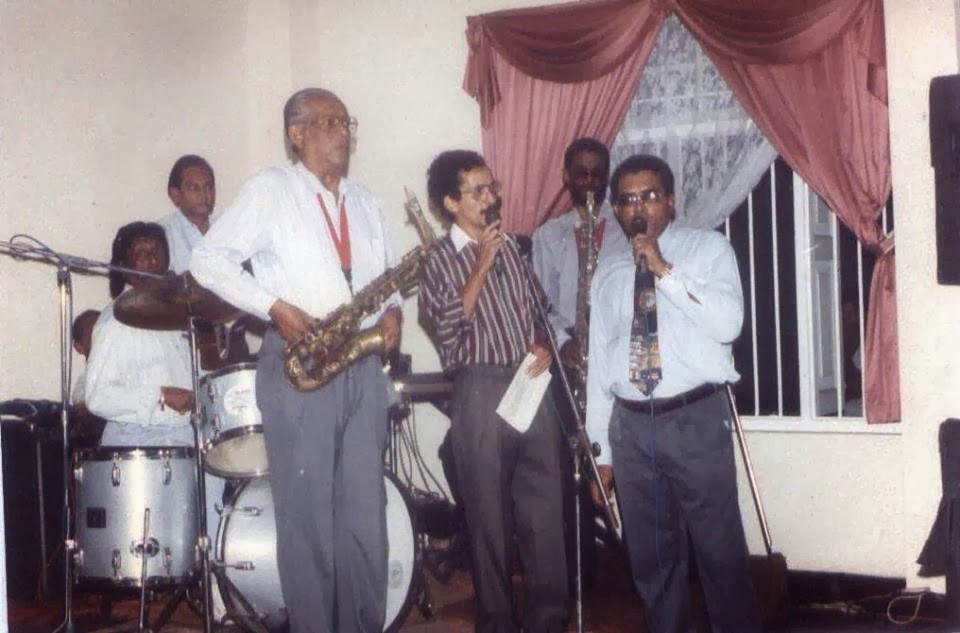 Email ThisBlogThis!Share to TwitterShare to FacebookShare to Pinterest
Labels: Blogs